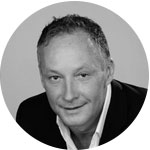 One of the best-known, elite skill coaches in North America, Dusan Kralik is a valuable addition to the Subban Defence League. Hailing from the former Czechoslovakia, Dusan attended the 1985 World Junior Hockey Championships, and enjoyed a prosperous pro career, which started at the age of 17 in the Czechoslovakia Elite Hockey League.

With a Masters in economics and certification as a life coach, he has plied his trade all over the world, including the IIHF U18 and Senior World Hockey Championship. In his 25-year career, his Creative Hockey Development program has given the edge to players such as John Tavares, Sam Gagner, Daniel Carcillo, Matt Stajan, Chris Tanev, and P.K. himself.